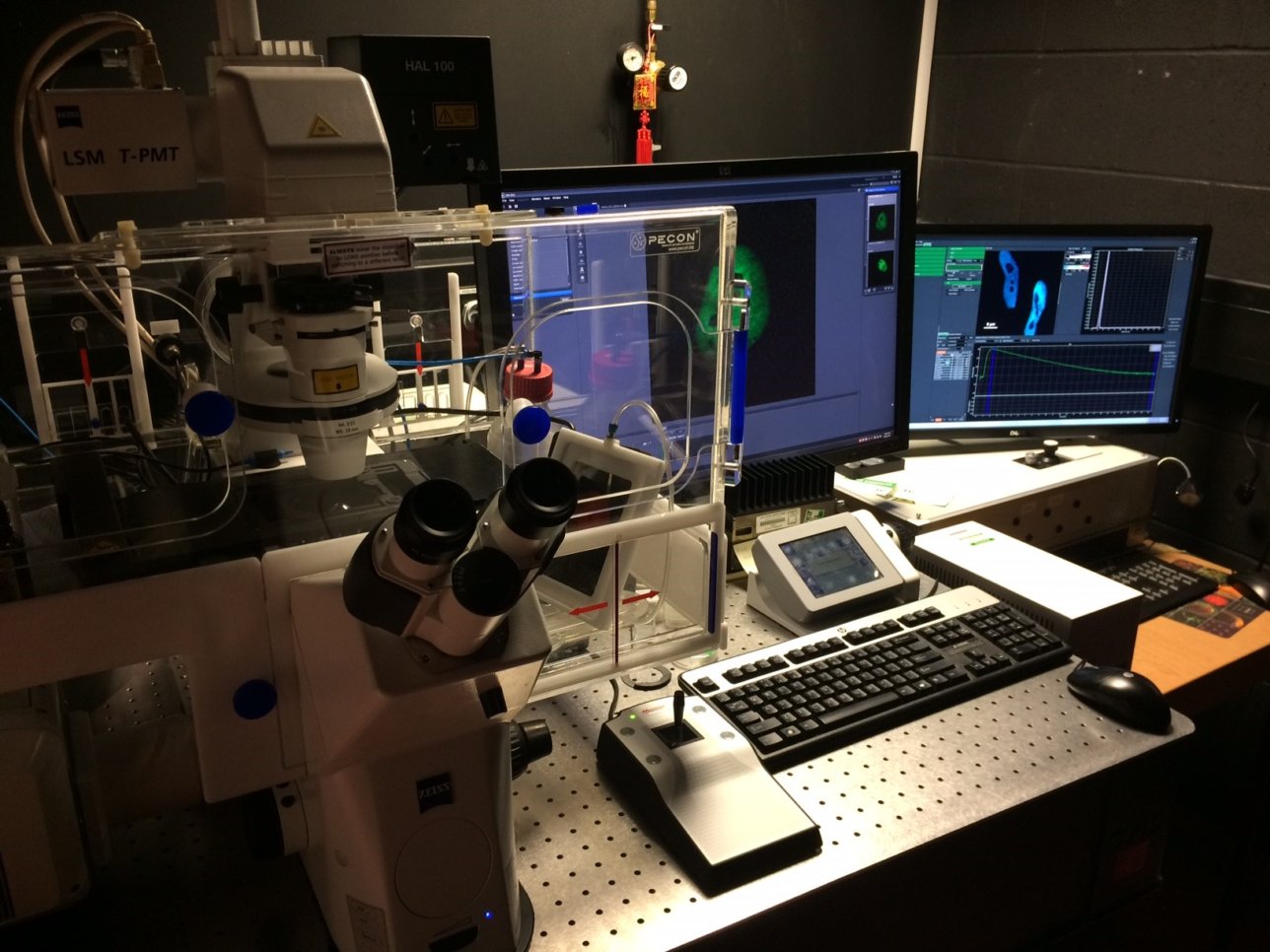 Fluorescence is the mechanism by which energy (in the form of photons) is absorbed by a fluorophore then emitted at a longer wavelength. The characteristic time that a fluorphore exists in an excited state, before releasing a photon and returning to ground state, is called the Fluorescence Lifetime. 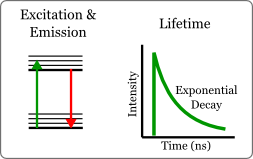 The lifetime is affected by many factors including the environmental conditions, non-radiative energy transfer and the presence of other flurophores.

As the lifetime depends both on radiative and non-radiative energy transfer, a measurable decrease in lifetime is seen during Förster Resonance Energy Transfer (FRET). Using this method allows for a rigorous and quantitative measurements of protein-protein interactions. 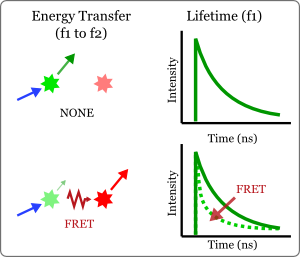 This piece of equipment was funded by MRC grant number MR/K015931/1. Please cite this grant code when publishing work conducted using this hardware.